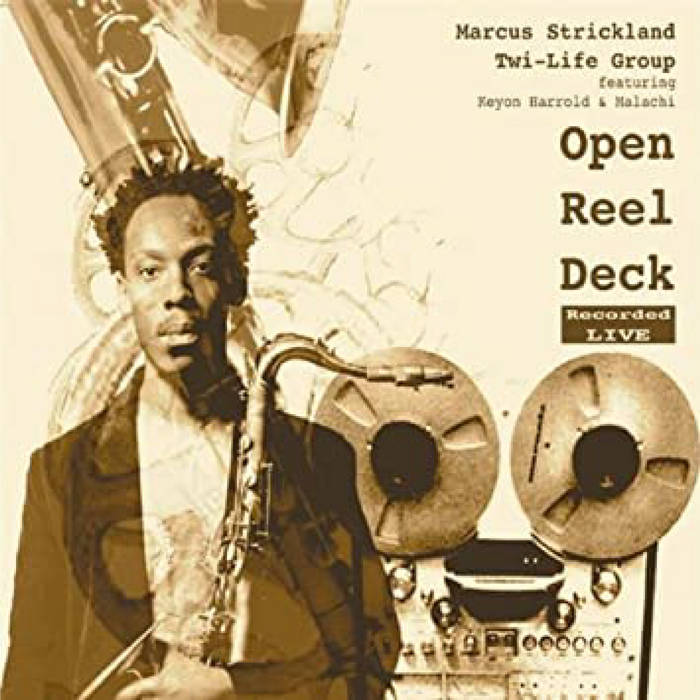 The second disc of 2005's Twi-Life saw Marcus Strickland dispense with traditional jazz quartet format and go with a sax-drum-electric bass-guitar foursome. The sound was interesting and ambitious, but still somewhat of an embryo. Two years later, with the release of Open Reel Deck, Strickland (with the same formatted quartet) is still reaching and probing and testing boundaries and concoctions. The difference is that the overall product is more mature and sure of itself and the proof is in his compositions. Ever since he came on the scene as a pup in 2001 with At Last, what set Strickland apart from his peers was and still is his writing. More than his playing -- which is more astute, personal and impassioned than ever -- Strickland's writing is his own personal hallmark, something apparent on this album. It is writing both lyrical and rhythmic, unhinged in a calculated manner and full of ideas. The musical ideas on Open Reel Deck are the product of a young musician feeling the freedom to play whatever he wants on his own label (Strick Muzik). The opening, "Intro (Vista)" fades in what one can only call a jam. You could mistake twin-brother E.J. Strickland's rapid and funked-up rim shots and Mike Moreno (guitar) and Carlos Henderson's (bass) chord grooves for a break from Questloveand the Roots -- that is until Strickland and young trumpeter Keyon Harrold gradually appear blowing some outside horn head. The very next tune -- the title track -- begins with a subdued neo-soul backdrop over which spoken word artist Malachi fires out some free association poetry drenched in social critique. This happens right before Strickland and Harrold take another turn blowing more of Strickland's inspired ideas -- this particular one a short blast of what sounds like both discovery and triumph. The nine-minute "Prospectus" and 13-minute "Virtue," though, are where everything culminates. "Prospectus" is a hard-grooving number, fit with Strickland practically singing on his tenor and Moreno dropping well-placed rhythmic chords; "Virtue" finds Strickland supplying an Afro-Cuban infused canvass for a torrid tenor solo from his brother. The heads to both of these songs are majestic and uninhibited. Where the second disc of Twi-Life was interesting, Open Reel Deck is so fresh that it's arresting. When the album concludes, it is clear that Strickland's translation of the jazz language is peppered with slang and it sounds so good.

Bandcamp Daily  your guide to the world of Bandcamp